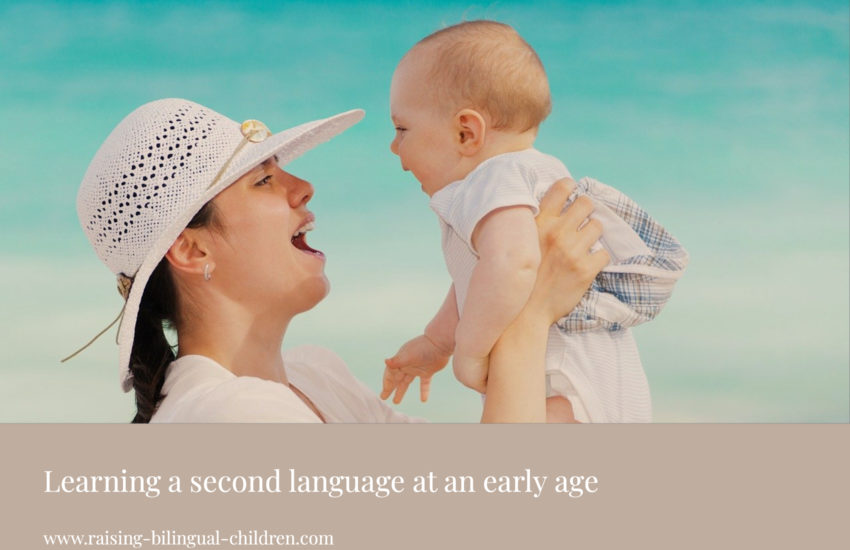 The following are some recommendations to begin the education of a second language at an early age:

1. Do not create false expectations

The children who are in contact with a second language, without the intensity of a truly bilingual education, cannot reach results as bilingual children. Parents must be clear and not foster false illusions, like for example thinking that the children with a few hours of English a week will be able to speak this language in a fluid way.

2. A second language is best learned in close contact with a native speaker

For a successful apprehension of a second language at an early age it is most important that there is a direct contact to a native speaker. Such contact can be through the family, the Day-care center, a nanny or a private teacher. Studies have demonstrated that a child needs an affective direct bonding with the language to learn.

3. Take advantage of varied materials to intensify and to motivate the learning

There are a variety of products in the market like books, CDs, DVDs, and games that have been conceived for learning of a second language. Also there exist many other products that can be used to accustom a child to a second language, without being explicitly being created for this purpose, such as children’s songs, audio stories, DVDs (why not check out if the favourite DVD of your children have other languages as well – this works particularly well as the child knows already). All these materials are ideal to wake and to maintain the interest of the child for a language; they reinforce the learning in a playful way.

4. Start as soon as possible

The best moment to start is before the child begins to speak. In this way, the child has the possibility to hear the second language and its rhythms for a long period of time, like a bilingual child before they can start to speak. In nonbilingual children this can be obtained through materials like CDs of rhymes and songs or with the support of mixed-language children groups, nannies, etc..

5. Do not interfere directly

Do not commit the error to want to teach the second language, unless you dominate it perfectly. It is of most importance that the parents do not commit the error to speak to their children a little bit in the second language, as this only confuses the child, and – unless you are really perfect in that language – you will pass on the errors in vocabulary, grammar and pronunciation

6. Do not press your children too much

Do not force your child too much, as such pressure will only lead for your child to reject the second language. Children pick up languages in a playful way.

A trip to the foreign country, a language course, classes in school or a cultural or school interchange can activate the passive vocabulary that the child has acquired through the years. If the second language is English, is very probable that it is taught from early age on in school, which complements the effort that the parents are doing to bring to a child a second language.

Recommendations of various materials to stimulate the learning of languages

The following are some personal recommendations of different materials which can be used for the learning of a second language at an early age:

Between 0 to 3 years: CDs of children’s music and rhymes are excellent allies. Small babies and children thus learn from them melody and the real speed and rhythm of the language. There are some DVDs for babies. Bilingual games for babies exist in great variety, for example the ones produced by CHICCO and V-TECH. Books with CDs are a good alternative, books of images are good if you have a native speaker to read them.

Between 3 to 6 years: The children can continue to listen to CDs and complement this with DVDs of films. “DORA” and “DIEGO GO” are excellent alternatives for the learning of English. Short stories are good if you have the suitable person to read them. At this age it is possible to begin with children computers – V-TECH has a great variety. We also recommended in this age games where short words and phrases are learned like “Memory”.

Between 6 to 9 years: CDs and DVDs must stay. A good tip is to see the older “DORA” or “DIEGO GO” Films completely in English where they can recognize some words in the other language. Children computers and PC games are excellent allies to learn the ABC and to gain more vocabulary, as well as certain games. Bilingual books with accompanying CDs are excellent allies to teach the reading.

Between 9 to 12 years: Books, computer games and DVDs can make wonders here. Games of Karaoke also can be very useful. If a child is already capable of reading in the second language this is a great way to expand grammar and vocabulary.

Do not forget to check out our store where you can find a great selection of products for the learning of languages (http://raising-bilingual-children.com/shop/). You will find products categorized by ages (0-3, 3-6, 6-9, 9-12) and by medium: bilingual books, CDs, DVDs, games, products.